The Mirador del Río is found in the north-western point of Lanzarote. Standing 479 meters above sea level, the location offers spectacular views over the Chinijo Archipelago and it has become a highlight in numerous events in the island’s annual sports calendar.

Its surroundings make it an almost obligatory stop for those who are preparing their sporting goals for the season. The Lanzarote-born artist, César Manrique, turned it into one of the island’s tourist icons, but even he would surely never have imagined that it would also be a milestone for thousands of athletes.

The old artillery position is one of the emblematic points on Lanzarote’s Ironman course. Although the triathletes have more than 70 km to go before reaching the last transition, psychologically, the feeling on arriving here is that the event’s hardest part is over. The participants arrive at the Mirador del Río via the road that connects with the town of Ye and in the last metres of the climb, the faces of the triathletes reflect the challenge this pass represents. 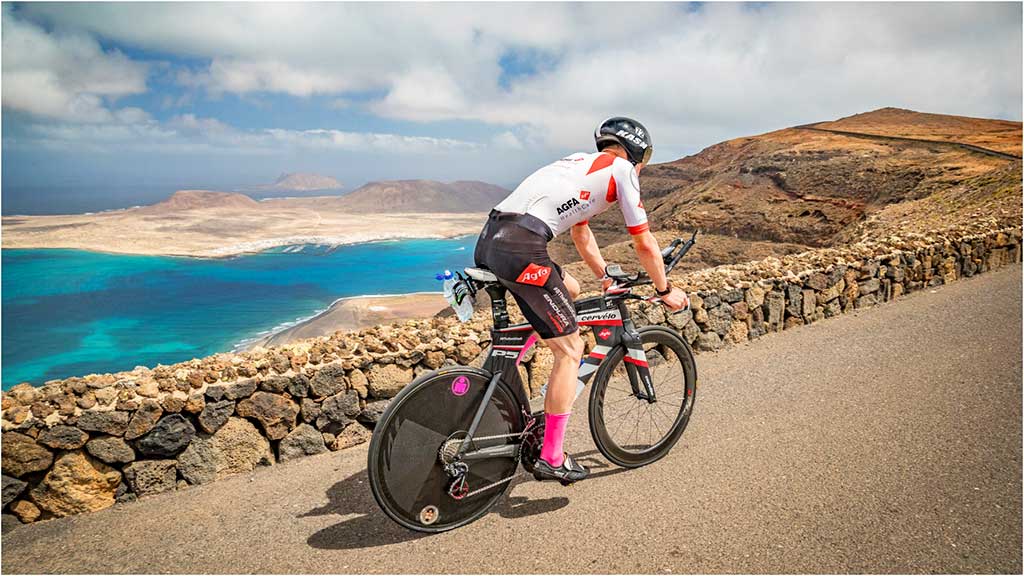 Many fans gather along the edge of the road to encourage the cyclists, sometimes emulating the famous climb of the Alpe d’Huez in the Tour de France. Together with the finishing line, it’s probably one of the most photographed points of the event, becoming an obligatory port of call for those triathletes visiting the island and who want to take away the memory of having completed the most important pass in the oldest Ironman in Europe.

But it’s not only the participants of the Ironman who are faced with the climb to the Mirador del Río; it has also been one of the most challenging points in the Haría Extreme Lanzarote in the ultra and marathon modalities ever since its first edition. After passing this point, the runners know that all they have left is the dreaded Guinate climb before reaching the finishing line in Haría. The participants always say that in order to achieve a good result in this event, you have to arrive at the Mirador del Río strongly. 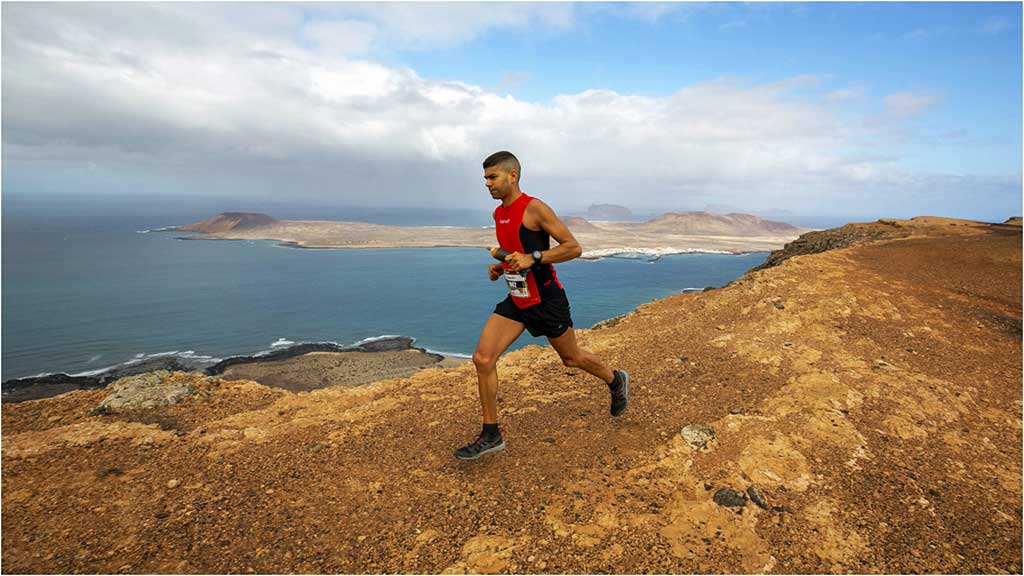 This year the only modality of the Haría Extreme that will pass through this point will be the Marathon (44 km). The participants will start their ascent with the Peña Redonda climb and by the time they reach the top they will have 31 km behind them. The challenge of the climb is offset by the scenic beauty of this corner of the island that doubtless enchants the participants in one of the events that make up the Championship organised by the World Mountain Running Association, which the IAAF (International Association of Athletics Federations) entrusts with the management of trail running.

From the impressive balcony of the restaurant located inside the Mirador del Río, the route of the Travesía a Nado El Río (El Río Crossing swimming event) can be perfectly seen. This is regarded as one of the most popular swimming events in the Canary Islands, and year after year, more than 700 swimmers cross the 2,600 metres that separate the Playa del Bajo Risco (Lanzarote) and the Caleta de Sebo docks (La Graciosa). 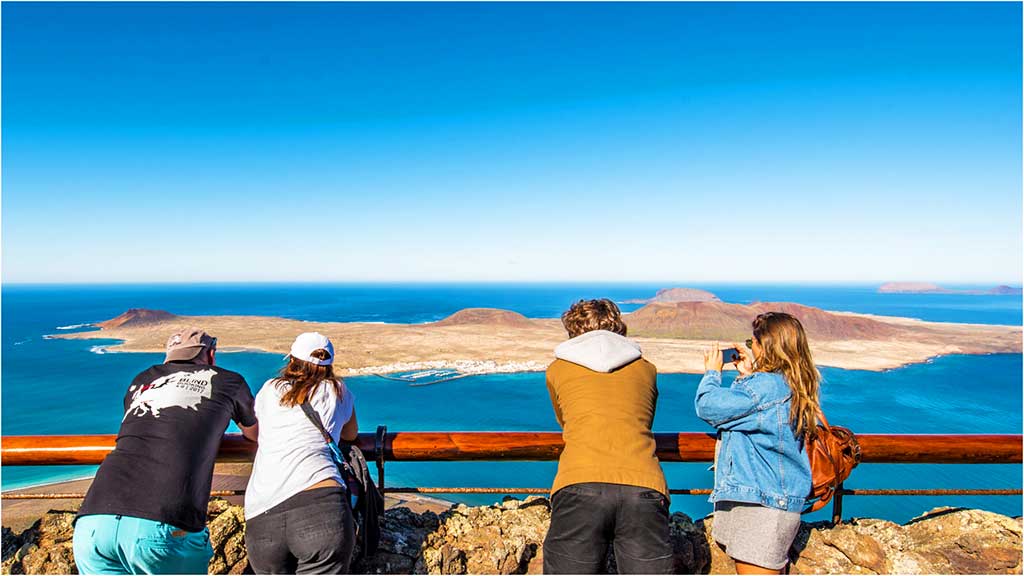 The Mirador del Río is one of the most spectacular works by Cesar Manrique, and here tourist and sporting interest are perfectly matched.